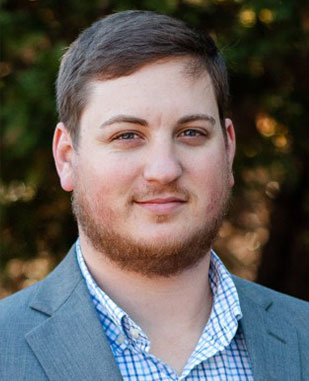 Alfred was born and raised in Augusta, GA. Upon graduating from Evans High School, Alfred joined the United States Marine Corps as an Infantryman where he served two tours in Afghanistan. After proudly fulfilling his contract, Alfred went on to earn a degree in Network Systems Administration, and later Construction Management.
Alfred first discovered his passion for the construction industry while working for a low voltage subcontractor in Jacksonville, FL, specializing in healthcare and education solutions (including nurse call systems, security systems, and sound systems). Alfred worked his way up from Field Technician to Project Manager where he led many large-scale projects, including St. Vincent's Hospital (Ascension), Brooks Rehabilitation Center, and Red Apple Charter Schools. With a desire to broaden his scope in the commercial construction industry, Alfred went on to become an Assistant Project Manager for a general contracting firm in Jacksonville, FL. It was there that Alfred acquired extensive knowledge in all areas of the construction industry.
After relocating to his hometown of Augusta, GA in 2019, Alfred began working for Clifton Construction as an Assistant Project Manager.